Skip to content
Get Instant Data Check for Any Vehicle

Most of us really enjoy getting attraction when sitting in a unique imported car. A DVLA car import check discloses the vehicle’s import status. 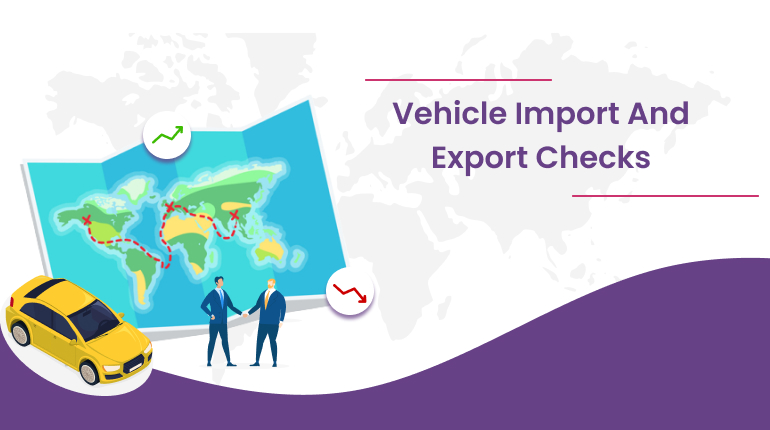 The DVLA car import check helps you get an excellent deal as you can find out a full history of any UK vehicle. As you know, the shiny imported cars are expensive to maintain compared to the local-manufactured cars and for good reasons. These vehicles are not made for your country. So, finding their spare parts is a hard nut to crack. Suppose you find a salvaged similar model spare part; it will certainly cost more. Sometimes, the spare parts price exceeds the car’s lifetime cost and it could be a high-risk.

The grey imported vehicles don’t fit in the EU benchmarks. Commonly, they are high-detail Japanese or American models. Such cars aren’t easily accessible and are the hardest to insure. They have expensive spare parts and repair costs, which is a reason for complex insurance procedures. Furthermore, grey imported vehicles have a high risk of robbery. So, performing a detailed car import check with The Auto Experts could save you thousands of pounds.

Parallel imports are cars with specifications and standards comparable with the UK models. They are usually the EU imports. Therefore, they comply with the UK vehicle guidelines and are risk-free. The parallel imported vehicles have cheap spare parts, easily available in the UK. Thus, such vehicles are easy and cheap to insure. However, they might have some non-standard specifications, allowing insurance companies to increase premiums.

Personal imports require you to import a vehicle through a vendor. Depending on the car you wish to buy, it could be a grey or parallel import. However, it’s your responsibility to enroll, tax, and ensure the vehicle – no matter the cost.

In case you wish to bring your car to the UK and you are a non-citizen, you will require insurance protection. You should inform the insurer about the import if it’s an imported model. And if you have no idea about your vehicle’s origin, check the DVLA V5 record.

How to check if a Car is Imported or Exported?

Knowing the car import/export status is easy and free. All you need is the car’s registered number plate. Now, look for a search bar and enter the registration number in the box. That’s it. The Auto experts will provide import/export status and other cars’ basic information for free.

However, it’s essential to understand the different types of imported cars. They are distinct and have various risks associated. So, understanding all kinds is crucial to knowing the car’s actual worth.

Why do imported vehicles so expensive?

If you think replacing the spare part with a substitute it’s not a good idea. It will bring compatibility problems and won’t provide the same efficiency. Moreover, the insurance companies demand a higher premium on imported vehicles.

Due to these reasons, the imported vehicles are hard to sell. They don’t provide a good resale value. So, people avoid buying them. However, if you love the car, the car import check will give some reasons to bargain once it shows “imported”.

If you wish to import a car, it will require some formalities and documentation. It’s not hard but certainly time-consuming for non-professionals. However, you can always hire an importer to complete the following formalities for you. Or do them yourself:

Insurance Advice for those Buying an Imported Car

Yes, the imported vehicle is unique and flashy, but its insurance is expensive. The non-EU models are really hard and costly to insure due to their spare parts. Since the car isn’t a standard one, its spare parts are rare and expensive. The insurance premium price depends on the type of import. Here are the details:

The grey imports are the non-standard vehicles designed outside the EU. Usually, they have higher specifications, power, weight, and suspension. Sometimes the electronics are different too. Therefore, its spare parts are rare and expensive, which can have a knock-on effect on imported vehicle insurance – the main reason for higher premiums.

Apart from the spare parts, the grey imported vehicles are more likely to get in accidents as per the statistics. The specifications are higher and unusual for the UK roads. So, the insurance agencies usually don’t provide insurance for such vehicles.

The parallel imports are vehicles designed for the EU market. They have specifications that are safer for a drive on the UK roads. Moreover, their spare parts and repair are cheap and easily available. For that reason, insurance companies provide insurance easily and at more affordable prices.

However, the premiums are more likely to increase if the specifications are different from the EU standards. For example, the premium is higher if it’s a left-hand drive car. Still, it’s much easier to ensure a parallel import car compared to a grey import.

The imported vehicles come with expensive insurance deals. Sometimes, the insurance companies won’t even provide insurance. For that reason, most people avoid buying imported cars. That’s one of the reasons you can get a discount from the seller. However, it’s only possible if you know it’s an import. So, get a free car import check at The Auto Experts to really know what you are buying. If you have any doubts about a vehicle, check to see if it has ever been exported or imported for free

You can get the entire UK history on a UK number plate by using The Auto Expert. In the case of previously imported and Irish-plated UK cars, we will give you the UK history as well.

In theory, this is quite simple: the US levies an import tariff on all imported vehicles based on their value at the time of purchase. This is charged at 0-2.4% for motorcycles, 2.5% for cars, and 25% for trucks and lorries.